You are here: Home / Destination / Twelfth Stop: Bloggin’ and Lovin’ the City of Love (Iloilo)

Blogging has been part of my nerdy life for more than 5 years while Sheena has considered blogging after I convinced her (in reality after countless arguments and a couple of tantrums) to write for this blog to document our travels together. When a co-blogger informed me that the 2010 Visayas Blogging Summit will be held in Iloilo, I wasted no time in thinking it over. It was 2-in-1 present made in heaven. I have never been to Iloilo and I have never attended a blogging summit. To add to Visayas Blogging Summit, the 2010 Philippine Blog Awards (Visayas Leg) also had Iloilo as its venue and we were nominated as one of the finalist for the Travel category (as if we had a chance of winning).

There were a lot of things that got me really excited for our Iloilo trip. Meeting fellow bloggers(specially experienced Filipino Travel Bloggers), seeing new places and faces, trying out Iloilo food and whole lot more.We were able to score a promo fare from Cebu Pacific Air so the trip was on.

Iloilo is a province of the Philippines located in the Western Visayas region. Iloilo occupies the southeast portion of Panay Island and is bordered by Antique Province to the west and Capiz Province and the Jintotolo Channel to the north. Just off Iloilo’s southeast coast is Guimaras Province, once part of Iloilo Province but now a province in its own right. Across the Panay Gulf and Guimaras Strait is Negros Occidental. Iloilo’s capital is Iloilo City.

Iloilo’s new Airport is 20km away from Iloilo City. That is roughly a 30-minute drive to Iloilo City.

Participants of the Visayas Blogging Summit had a special discount to stay at Days Hotel Iloilo good for 4 persons, but after a few computations, we opted to go for a cheaper stay at Ong Bun Pension House. We did not do a lot of convincing to Jorich and Clado to join us in one room as they too were in “budget mode” just as we were.

Of course we did not just settle for Ong Bun because it was cheaper (but it was the main reason). We did our “geographical” research. Ong Bun is located in cor. Quezon-Ledesma Street, Iloilo City, at the business district of Iloilo. Within walking distance from our building are access to several landmarks including Robinson’s Mall and SM Delgado. The Visayas Blogging Summit was held at SM City Iloilo (not the same as SM Delgado) and it will take just roughly a 10-minute jeepney ride to get to the place. While we were at the lobby enjoying the Wifi connection while finishing pending tasks from our clients, we found fellow Cebuano Travel Bloggers Ed and Doi were also staying Ong Bun, and I saw VBS speaker on Travel Blogging Estan on the stairs while I was on my way up to our room to doze off. 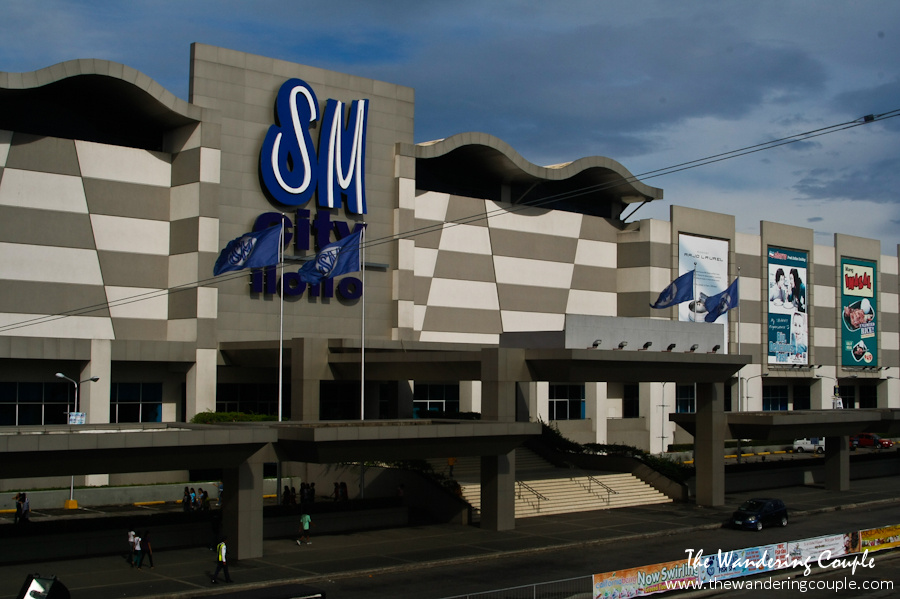 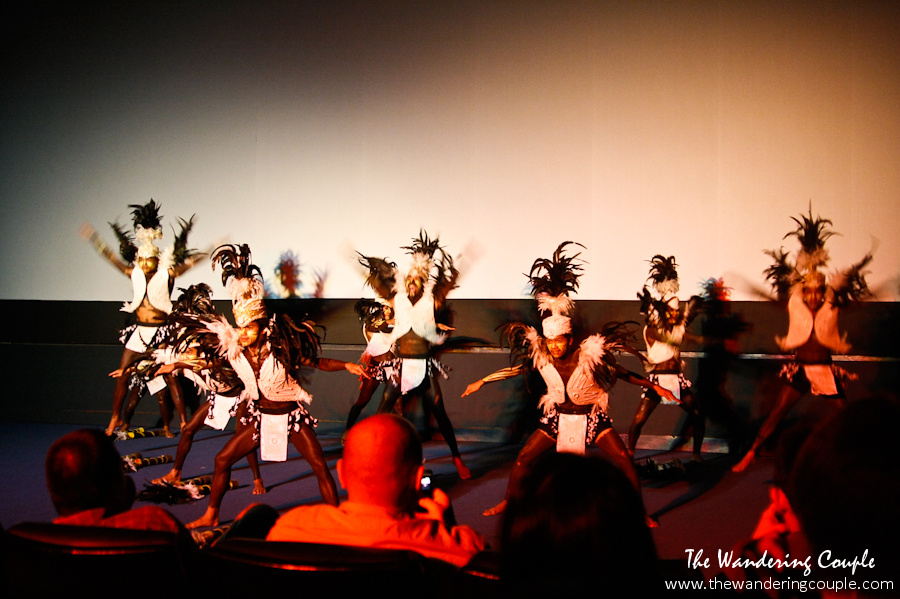 The Visayas Blogging Summit was held at SM Iloilo, the biggest and most popular mall in Iloilo, and it was just one jeepney-ride away from Ong Bun. Roughly around 200 delegates from all over the Visayan region as well as from Mindanao and Luzon attended the whole day Blogging Summit in SM Cinema 2, SM City Iloilo last November 27, 2010.

The conference was opened by Iloilo Bloggers Inc., head Marie Claire Bretana and the Mayor of Iloilo City, Hon. Jed Patrick Mabilog came to the event to welcome the delegates and speakers coming from Cebu, Bacolod, Roxas, Tacloban, Davao, and Metro Manila.

New and interesting topics where presented during the event. The event ended at around 6PM which was then followed by the Philippine Blog Awards – Visayas held at The Venue in Smallville Complex, a less than 5-minute jeepney ride from SM Iloilo. 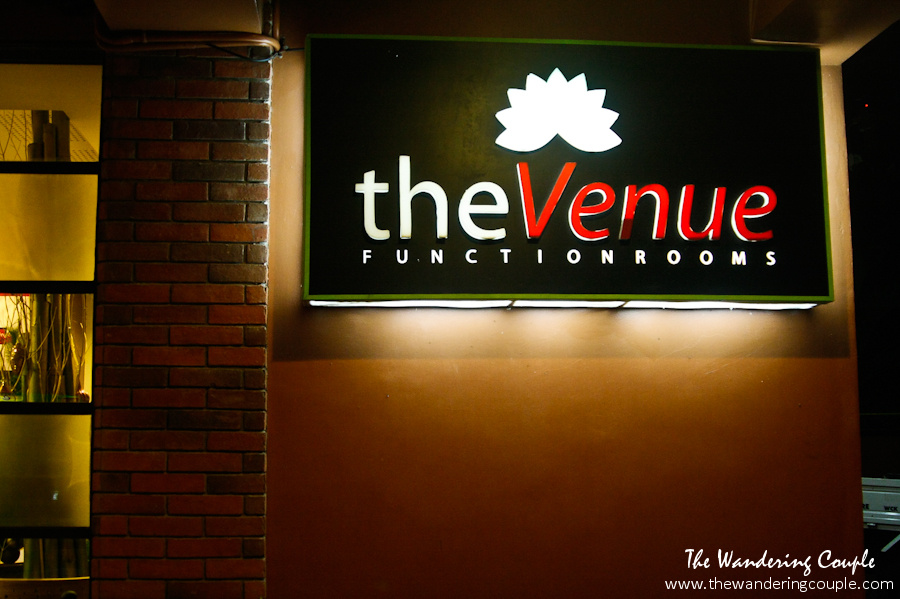 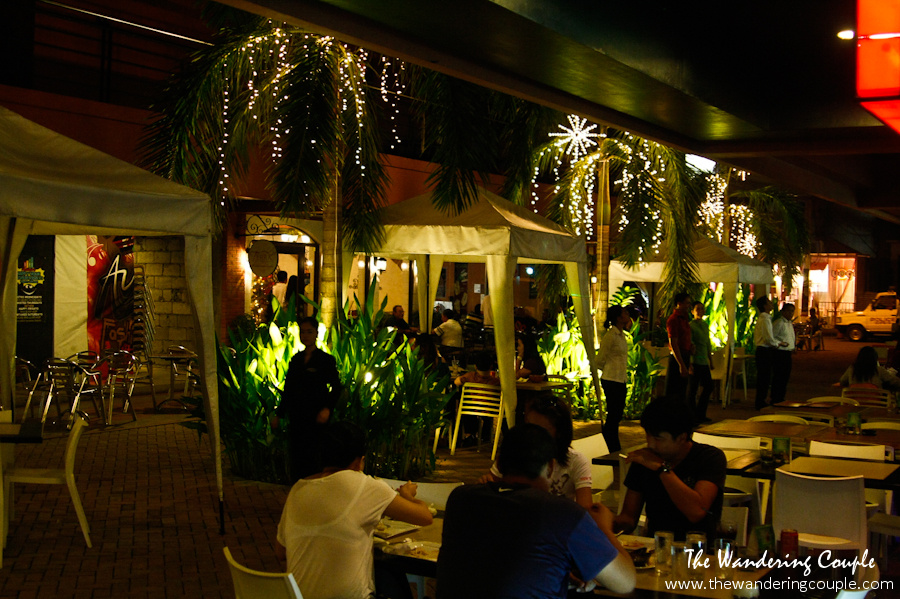 The Philippine Blog Awards – Visayas aims to recognize the best blogs made by Visayans, or Blogs made for the Visayans. The nominees and the attendees to the awards night were welcomed by Iloilo City Tourism Officer Mr. Ben Jimena and the same time, he also invited those present to come back to Iloilo City for the Dinagyang Festival 2011. Dinagyang is held every 4th Sunday of January, a week after Sinulog in Cebu. 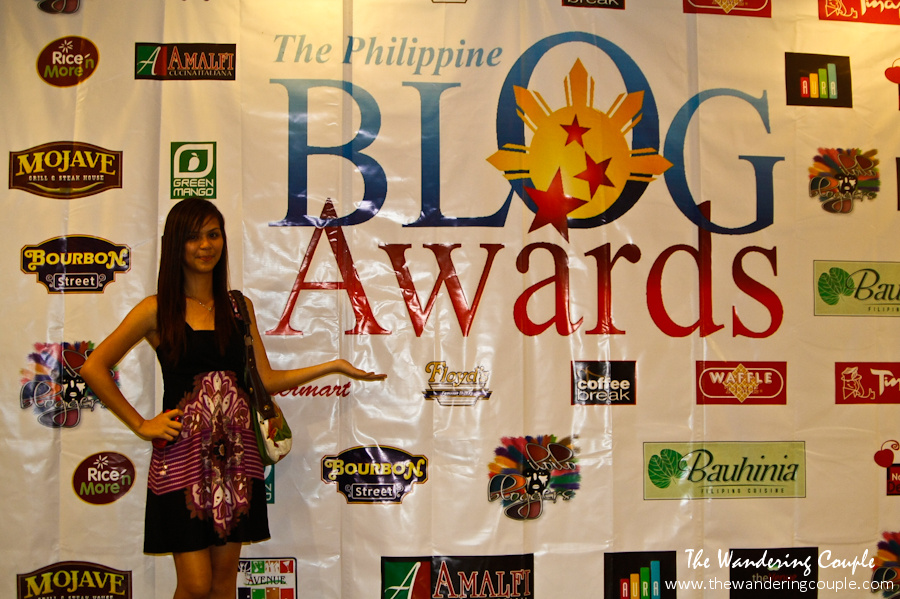 We were one of the finalists for the Travel Category, but when I checked the sites of the other finalists before we went to Iloilo, I knew we did not stand any chance to win at all, maybe in 5 years?

After the winners for every category were announced, a few snapshots and chitchats here and there, a couple of cupcakes munched, we headed back to Ong Bun to rest while some stayed to party.

We headed back to Ong Bun to take to doze off early for the Iloilo Heritage Tour the next day.

Read here for the continuation of our stay in Iloilo: